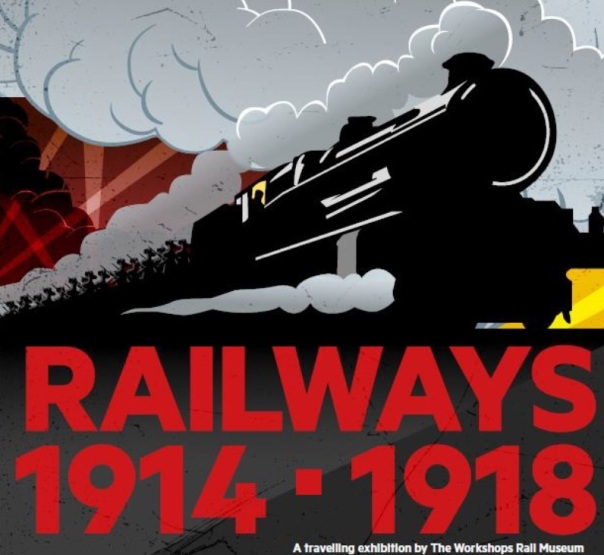 Railways 1914-1918 is the latest travelling exhibition from The Workshops Rail Museum, Queensland Museum Network. It explores the role of railways at home and on the front and the pivotal role of rail in moving Australia’s military. It has been adapted from the original exhibition and includes nine large pull up banners and a purpose built crate/show case for travelling and displaying replica artefacts and ephemera.

Plans to display it in regional Queensland began in March this year when south east Queensland MDO Josh Tarrant undertook to develop a travelling schedule. FNQ’s MDO Jo Wills was keen to give far north Queensland’s communities the opportunity to host a QM travelling exhibition and agreed to help out.

Last week, Josh and Jo travelled west to Normanton to install the exhibition in it’s first venue – the sensational heritage listed Burns Philp Building which was constructed in 1884. Now used as the Visitor Information Centre, Library and for community markets and events, it was the  perfect place to kick off the tour. The MDOs used this western journey as an opportunity to catch up with communities in Georgetown and Croydon along the way. They also spent some time at the small museum at Normanton Railway Station, home to the iconic Gulflander.

It’s rather fitting that the Gulflander will contribute to the exhibition’s journey east.  After being on display for a month, the exhibition will travel to Croydon on the Gulflander, thanks to the generous support from the Officer in Charge, Ken Fairbairn. It will then travel onto Georgetown by road. Etheridge Shire’s TerrEstrial Centre at Georgetown will host the exhibition in September. From there the exhibition heads east to the Mareeba Heritage Centre in October before heading down to Cairns Botanic Gardens Visitor Information Centre in November. After a short break over the Christmas period, it will be on display in Atherton’s Post Office Gallery in  February before making one last journey to Port Douglas in March.

Look Out For Train sign at Normanton Railway Station Museum 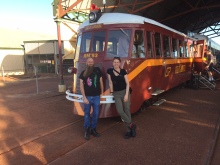 Josh Tarrant and Jo Wills with the Gulflander